Du er her: Start / Nyheder / Metodistkirken / A Way Forward / Human sexuality is not the main issue

The United Methodist Church has struggled with a conflict over the issue of human sexuality. Since 1972 the UMC Book of Discipline has stated very strong condemnation of the praxis of homosexual living. And openly LGBTQ+ persons are not permitted access to the ministry as ordained clergies.

The discussion is going on in the church on all levels. Many people expected that the 2019 General Conference would have decided for a solution for the church in all countries. But it is more and more clear that this schism over the issue of human sexuality will continue. The way forward has been a way in conflict, separation and splitting.

Listening to the ongoing discussion it is more and more clear that many issues are part of the conflict. It maybe started with the issue of homosexuality, but as the discussion is developing and the different positions takes one form or another, we discover that this conflict is about issues like understanding of the Bible; main character of how we describe God; the inner logic meaning of the saving work of Christ Jesus; what is sin; is creation completed or just begun; and what is the whole purpose of religious living?

The conflict within the UMC is not over a single issue. It is about the whole paradigm of theological thinking. The conflict is a clash between different theological traditions we can find in the long history of dogmatic.

In the New Testament we read about the second great place for development of Christianity. The city of Antioch in Syria took over the leadership of Christendom after Jerusalem, and the modern cross-culture mission got momentum from the church in Antioch. Later a whole tradition of theological thinking developed include Ignatius, Polycarp and Irenaeus.[1]

Alexandria was another place where Christianity developed and became a school of theology. It was the place we think that the logos-Christology in the gospel of John was born. Alexandria became one of the main centers of Christian thinking in the Antiquity, and scholars like Clement and Origen belong to this tradition.[2]

A third center of development of the large paradigm of Christian thinking was Carthage, the roman province Hippo Regius in Northern Africa where Tertullian, Hippolyt and Cyprian founded the theological tradition. Later it became the place for the great Western Father Augustin.[3]

The first church historian Eusebius describes around 325 AC these three centers of Christian formation and thinking.[4]

The so-called Lundensian school of theology was in modern time the first scholars who again focused on these three Christian traditions of thinking, now from a philosophic and dogmatic perspective. First Nygren developed his description of the Nomos theology, which he found in the tradition of Cathargian thinking. Further his description of the Eros motif driven thinking in the Alexandrian thinking, and finally his Agape motif driven theology of the Antioch tradition.[5]

Aulén used the Nygren perspective of outlining the motif within the dogmatic thinking when he wrote his famous study Christus Victor, An historical study of the three main types of the idea of atonement.[6]This study of the three different understanding of the role of Christ in God’s salvation of the world is still a classic volume.

Auléns thinking was finally developed in his last revised Dogm historia where he systemizes the three theological traditions within Christianity and renamed the traditions with: 1) Moralism, the skolastisk-biblicistisk theology, 2) Idealism, the idealistic-humanistic theology, and 3) the unique Christian Antique incarnational, salvational and atonemental.[7]

Wesley Kort wrote a book on how to understand religion in general. He develops three types of religion. In this development he takes inspiration from the Old Testament three traditions of 1) Prophetic literature, 2) Mosaic-cultic and ethical literature, and 3) Literature of wisdom and the scribes. From these three, well-known, but different angles, Kort shows how you can classify all religious behavior. And the typology Kort comes up with is so close to the descriptions of the three theological traditions we find in Nygren’s and Aulén’s motif-thinking.[8]

The Cuban Methodist scholar Justo L. González wrote in his Christian Thought Revisited, Three Types of Theology the full and comprehensive presentation of three classic traditions of theological thinking within the history of Christianity.[9]González doesn’t talk about the traditions of Antioch, Alexandria and Catharge. He calls the three traditions: the Type A, the Type B and the Type C thinking. And González shows how the three types of theological thinking has influenced different periods of the church history, and how the three types are dependent of the philosophic, cultural and political context.

You can find the full presentation of this typological thinking in Thaarup Med venner i lys vi tale.[10]

When I listen to the supporters of the Traditional Plan, the argument of God, the great judge; the importance of God’s law and order of creation; the meaning of God’s plan; what is salvation about; and what is the role of religion, then I hear a clear Type A theological voice. When I listen to the supporters of the One Church Plan and the Simple Plan, I hear voices from the Type B and Type C theological traditions, talking about creation just begun; incarnation and the purpose of it; god Christ the man; and the main character of God as Eros and Agape.

The United Methodist Church is in conflict over the issue of human sexuality. We are in conference over this issue. Roundtable discussions are taking place in the future. But if we don’t see that the whole schismatic conflict is about a clash of the major part of the UMC, supporting a Type A theology, against a minority part of the church, supporting a Type B or C theology, then we have not understood the schismatic conflict at all. And we will not find a solution of the single and minor issue about human sexuality.

If you are a Type A thinking Methodist, the only right position is the Traditional Plan, which is in good harmony with purpose of creation and God’s order, and you are not able to see the positive perspective in the secular and anti-Christian cultures’ openness and full inclusion of LGBTQ+ persons in the church.

If you are a Type C thinking Methodist, the position of the Traditional Plan is a heresy, and your apologetic thinking includes that the whole mission of the church depends on an open attitude to people of different sexual positions. The image of God and the image of Human being are the same, because the mirror goes both ways.

The United Methodist Church will not find a solution on the issue of human sexuality before we learn to understand the three main traditions of theological thinking in the church and understand the whole paradigm of each of them. 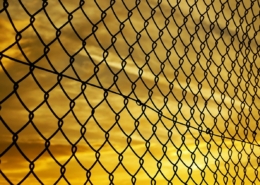 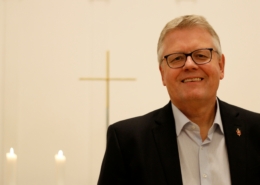 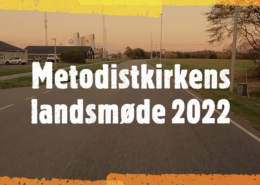 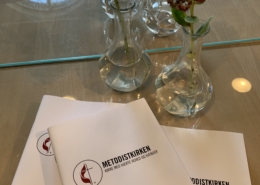